I sometimes wonder about both Google and YouTube and the advertisers they represent. I learned on my Wassupblog that Google doesn’t like blogs that have images which they feel are of a, shall we say, too sexy. I wrote about it in a post called too sexy for Google. Sort of makes you wonder doesn’t it? Everybody knows that sex sells. Advertisers also know this, which is why most adds are sexy as hell. Still, both Google and YouTube don’t like it and will not show adds on videos and sites that show adult content. Everyone knows that sex sells on YouTube!

Because of YouTubes new rules, which I wrote about here, I need to get my viewing time up as well as increase my subscriber base. To reach those goals, I decided to use another tack. One that involves the sex sells on YouTube theory. While I know that I can never monetize the following videos it doesn’t matter because it’s more about building my views as well as my subscriber base.

The first of those videos is called Hot Female Cyclists Hot women wearing lycra. That Sexy Female Cyclists, no need to click that link as it goes to the same video as the first one, video went live on the 16th March and had already received over 1700 views.

I followed that video with Sexy Female Competitive Cyclists which went live on the 26th of March. So far it has over 400 views. Not as popular but I think that’s more to do with people not being able to find it because I reckon it’s the better of the two videos. The main difference is this video is all about hot professional female cyclists. 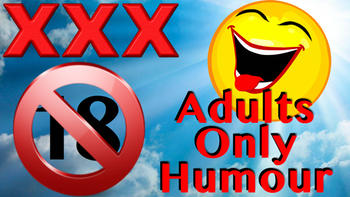 Next was my funny Adults Only jokes video. That video went live on April the third and to date has only had twenty views. I’m sure that will pick up once it appears on people’s searches. Now, I know that people love dirty jokes on YouTube because there’s so much of it on YouTube. I need to find a way to make mine stand out from the rest. That and to improve the SEO of that and the rest of my videos.

One of the ways of making your video stand out on YouTube is to give it an eye-catching thumbnail. I use my The Creator software just for that purpose. I used The Creator to create the image you see on the left for my funny dirty jokes video.

I’m sure there are some out there who say that I’m sexist! I don’t believe I am. You should see how many women on YouTube are using sex to promote themselves. They wear revealing clothes, many almost revealing their breasts. Their videos are pretty weak too, but all have heaps of views because sex sells on YouTube

The Last Word On Michelle Chantelois

Why Bet365 Is Not Bullshit