Is morality a dying concept? I ask this because I was just over Mitch’s blog reading his post on World Society And Social Media. Mitch talks about some 22 year old’s, who’s making heaps on YouTube, latest video of finding a dead body in a forest. What’s worse is Logan Paul and his mates make fun of the suicide! 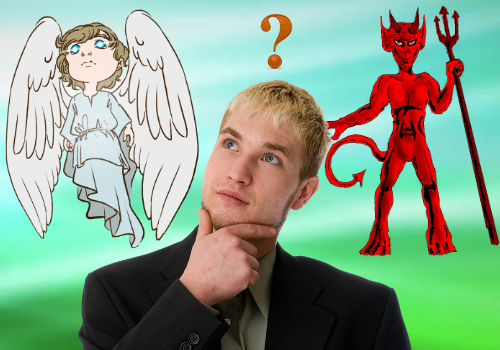 Apparently YouTube has, “In light of recent events, we have decided to remove Logan Paul’s channels from Google Preferred,” removing him from an elite ads program accessible to top creators. Personally, I think YouTube was a little soft. What they should have done was delete his account altogether, making an example of him. As it is, other YouTubers are featuring the ‘uncut banned video’. All to make a little cash. Is it just me or is morality a dying concept?

Is Morality A Dying Concept?

So, what is the definition of morality? Oxfordictionaries defines it as :

Principles concerning the distinction between right and wrong or good and bad behaviour.

‘the matter boiled down to simple morality: innocent prisoners ought to be freed’

If it’s true that morality is a dying concept, the question is why. I put it to you that perhaps a lot of it has to do with religious instructions being banned in schools. After all, apart from a lot of other stuff isn’t religion all about right and wrong? Many religions also incorporate the belief of life after death to people of high morals.

Way back in 1776 John Adams, Americas 2nd president, had this to say.

Statesmen my dear Sir, may plan and speculate for Liberty, but it is Religion and Morality alone, which can establish the Principles upon which Freedom can securely stand. . . . The only foundation of a free Constitution, is pure Virtue, and if this cannot be inspired into our People, in a greater Measure, than they have it now, They may change their Rulers, and the forms of Government, but they will not obtain a lasting Liberty.

In his post Mitch alludes to bad parenting being the reason for many of the young of today lacking morals. At least back in the day when religious instruction was the norm moral issues was part of the religious curriculum. Is it their fault that they’re lacking a moral compass?

Everywhere they turn they are being bombarded by immoral concepts, from movies, social media to games.

While I’m sure there are many that agree with me there will be more that do not, from atheists to the do-gooders of the world, not to mention civil libertarians, who are actually doing more harm than good.

This isn’t the first time I’ve mention morality either. Another time was when talking about Ashley Madison.
Share this...

Beware Some Squeeze Pages As They Could Suck You In

Why I Think Rudd Is A Bloody Idiot